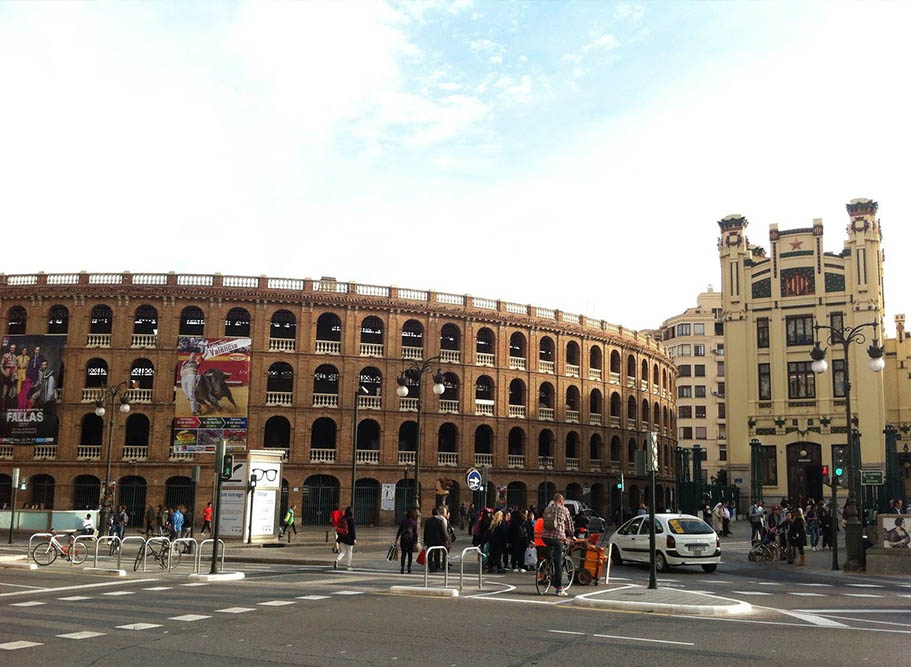 Valencia has been on the news a lot lately. As with everything, this sort of accolades tends to come in waves. The last time Valencia was being bandied about in the news was a couple of years ago when the it was being touted as a hidden gem, one that was being discovered by a lot of people moving from elsewhere and were scooping up huge compounds at “cheap prices” (to them of course!)

Valencia Is Excellent For Expat Life

Valencia is no longer hidden. Like the ugly stepsister of the bigger cities of Barcelona and Madrid, it has now blossomed into the belle of the ball. Something yours truly has known for a while. A recent survey was done by one of the bigger expat life magazines, and Valencia came out on top in a survey with more than 15,000 participants.

I knew it was bound to happen. I had hesitated to tell friends about the city once l discovered it. My fear was that it would become just another tourist destination with no true soul, and then we would start complaining much like locals in the bigger cities like Prague and Venice and many others.

What makes Valencia so attractive to many future expats?

Spain as a whole has always held an attraction for people in general. What’s not to love? Spain is the largest country in Southern Europe with a population of more than 47 million. With a history that spans over 35,000 years, it has been ruled by Romans, Visigoths, Moors and Christians now.

Imagine how much history there is to learn about then? not to mention the art and culture that have been lovingly preserved and how even the smallest towns have amazing mosques/cathedrals and influences of past cultures.

Spain has been previously, a popular destination with people from other European countries, thanks to the freedom of movement afforded by the formation of the European Union. Lately, though, more and more Americans are discovering its many charms and are emigrating over here, as evidenced by the latest polls.

Being located along the Mediterranean coast, the Valencia region has beautiful beaches and temperate climates for most of the year. The weather, like it is now in winter, can be very wet, but with more than 300 days of sunshine, it’s hard to complain. Compare it to where you’re moving from, and it’s more than likely a better deal. You can find plenty of color in the nearby surburbs as well as in the city.

Valencia has an airport that makes visiting other parts of Europe more accessible. It is Spain’s 10th biggest airport. While it’s not a huge one, it still accommodates over 8 million passengers on a yearly basis. The fact that the cities with international flights such as Madrid, Malaga, and Barcelona are easy to get to via train is awesome. Manises airport is located just a few kilometers from the city and is only a metro ride away.

Valencia is excellent for expat life thank to the Ease of getting around:

The public transportation options are fabulous in the city. There are currently six metro lines in existence that connects the city to various suburbs. They are very clean efficient. The prices are reasonable compared to other cities around the world. There is a new line coming soon which will run through the neighbourhoods of Russafa, City of Arts and Sciences and Carmen.

The bus lines are efficient, numerous, and complement the metro lines nicely. For most people living within the city, you often find that most people walk everywhere like we do. Flat and easily manageable for most, even for people with disabilities, the same for using the bus and metro with lifts on every bus to accommodate wheelchairs and dedicated spaces once aboard. Coming from a culture where driving everywhere is the norm, it is a refreshing habit, not to mention healthier.

Valencia is an excellent city for biking if that is more to your liking. Boasting more than 156 km (96 miles) of bike paths, you can easily get from one place to another, either within the city or in neighboring areas. It’s not unusual to have friends tell me they go on 50-mile rides. I stick within the city for my rides :-). Taxis also cheaper compared to other big cities in Spain. Think one-third price-wise when compared to Barcelona and Madrid.

Valencia is not just home to paella, where it originated between the fifteenth and sixteenth centuries from the farmers in the rural towns, and has become known worldwide, it is also home to that 13th-century discovery known as horchata (orxata), a ridiculously sweet drink made with tiger nuts ( unlike my husband, I am not a fan). Valencia oranges are considered some of the best in the world. Did you know that paella means “frying pan” in the local language?

Friendliness of the locals:

This is consistently one of the points brought up by people when they talk about Valencianos. I most definitely agree. They are very helpful and will bend over backward to help you if you make the effort to assimilate. I also find the fact that Castilian Spanish being what’s spoken a bit easier to understand than the Valencian language ( I hardly hear that, even my teacher, born and bred in Valencia doesn’t speak it, and she’s in her forties.).

These are just some of the reasons that Valencia has proven to be very popular with expats, and expat wannabes. This is not to say that Valencia is nirvana. I hate to burst your bubble because no place can be everything. I don’t think such a place exists. You have to figure out what place ticks most of your wants and must-haves, and go with that.

If you’re interested in moving to Spain, make sure to check out and enroll in my online course which walks you through the process, both before, during, and after your move. Over five hours of video along with downloadable pdfs and bonuses, it is crucial for success as an expat in Spain.

Overall thoughts on Valencia as an excellent expat destination

Valencia is a great place to settle as an ex-pat. It offers an overall excellent quality of life including modern conveniences such as health care, a low cost of living, great weather, safety, an ever-expanding variety of international cuisine and a whole lot more.

That being said, while it is great for expat life, it is not a good fit for those still working. Jobs are hard to get here. The salaries are low compared to the states and probably in most developed countries. It is imperative that you come with a plan if you want to make the move. A portable work from home job is necessary and important in your decision phase.

So now that the cat has been let out of the bag and you know that Valencia is considered an excellent place for expat life by so many, have you considered Spain as a whole (since there are so many wonderful choices) or specifically Valencia for your expat life?

1 thought on “Valencia Is Excellent For Expat Life”