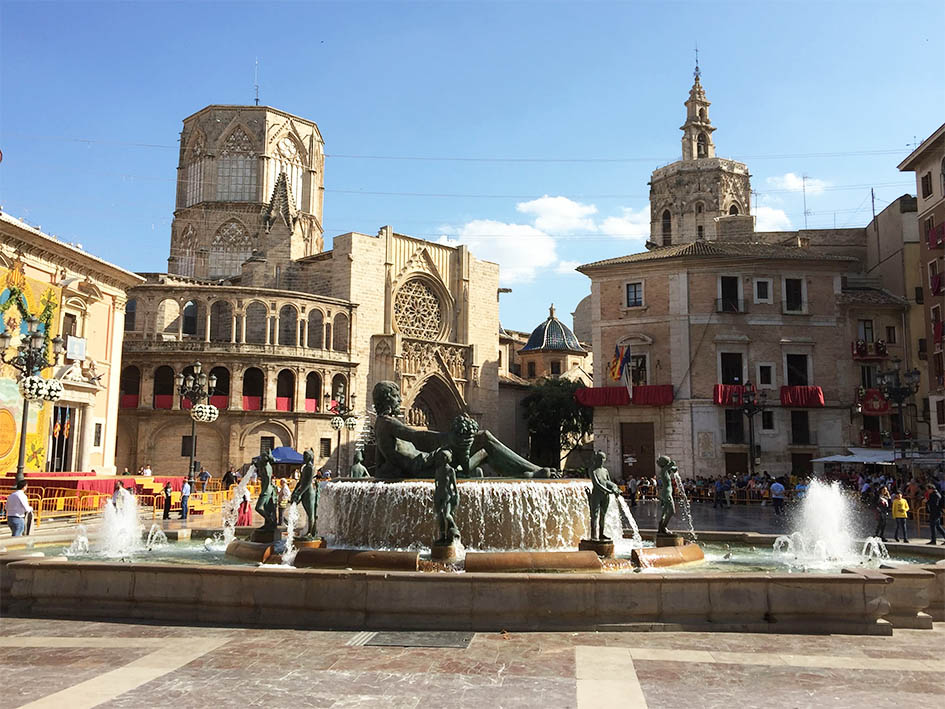 THE HOLY GRAIL IN VALENCIA SPAIN

What is the Holy Grail?

The Holy Grail is one of the treasures of the Christian world. There are many descriptions. Some call it a cup, a stone, even a dish and is said to have miraculous healing powers, eternal youth, and everlasting happiness. Legend has it that this cup was used by Jesus as he ate the Last Supper and that Joseph of Arimathea used it to collect some of the blood at his crucifixion.

The Holy Chalice and the journey to Valencia:

The Holy Grail in the Cathedral is thought to have been ultimately gifted to Martin I of Aragon who was then king of Valencia, Aragon, Barcelona, Sardinia, and Corsica. Saint Peter, one of the Twelve Apostles brought the chalice to Rome where it was used by over twenty-three Popes reign during religious mass.

Saint Peter, entrusted it to Saint Lawrence who eventually sent it to his parents in Huesca, in the north of Spain for safekeeping. He was martyred shortly in religious persecution. The Holy Grail was subsequently hidden in different places around Spain for the next 450 years before its final arrival at Valencia Cathedral in the 15th century as the gift to the king, and it has been there ever since.

What is the Chalice made of?

The Holy Grail is made of a common rock formation called Agate. It is a combination of chalcedony and quartz, along with other color varieties. Agates are formed within volcanic rocks and other types of rocks that change forms when subjected to heat and pressure. Their use started in Ancient Greece by the warriors who wore the assorted jewelry made of this agate.

While the Holy Chalice may have started out as a simple vessel that was made by or for a simple carpenter, it has metamorphosized into quite the elaborate object adorned with precious stones which were added on much later.

The Holy Chalice has only been removed from the Cathedral chapel just three times, twice during the Spanish civil war (1930’s) and once in 1810 during the French invasion and the War Of Independence, each time to prevent its damage and/or theft.

The Vatican recognizes this Holy Chalice as evidence suggests that it was actually made in Palestine. Two Popes have held mass in the Cathedral with the Chalice in its place of honor. The two were Pope Benedict XVI and Pope John Paul II. There are other places that claim to have the Holy Grail of course, after all, it would not be unusual for Jesus to have had more than one cup.

A visit to the Holy Grail is highly recommended. The Cathedral, in addition to this amazing relic, is also home to some masterpieces including works by the artists’ Goya and Maella. You can climb the Miguelete tower. As with most Cathedrals in Spain, this Cathedral was built on a Roman temple and has also been a Mosque during the Moorish rule much like the Mezquita.

Other things to do in Valencia include a visit to the biggest aquarium in Europe, the Oceanographic, the museum, or maybe a visit to Sagunto Castle.

You can find great hotels in Valencia here. If you prefer an Airbnb, use this link to find awesome listings.

The Holy Grail is at the Cathedral de Valencia.

Entrance fee for the Valencia Cathedral:

€8 for adults€5.50 for pensiones, children up to 12, and disabled individuals.

The guided tour is with audio guides and is available in several languages including English.

How to get to Valencia Cathedral:

Are you a big fan of religious treasures? Would you like to see the Holy Grail in Valencia?

2 thoughts on “THE HOLY GRAIL IN VALENCIA SPAIN”