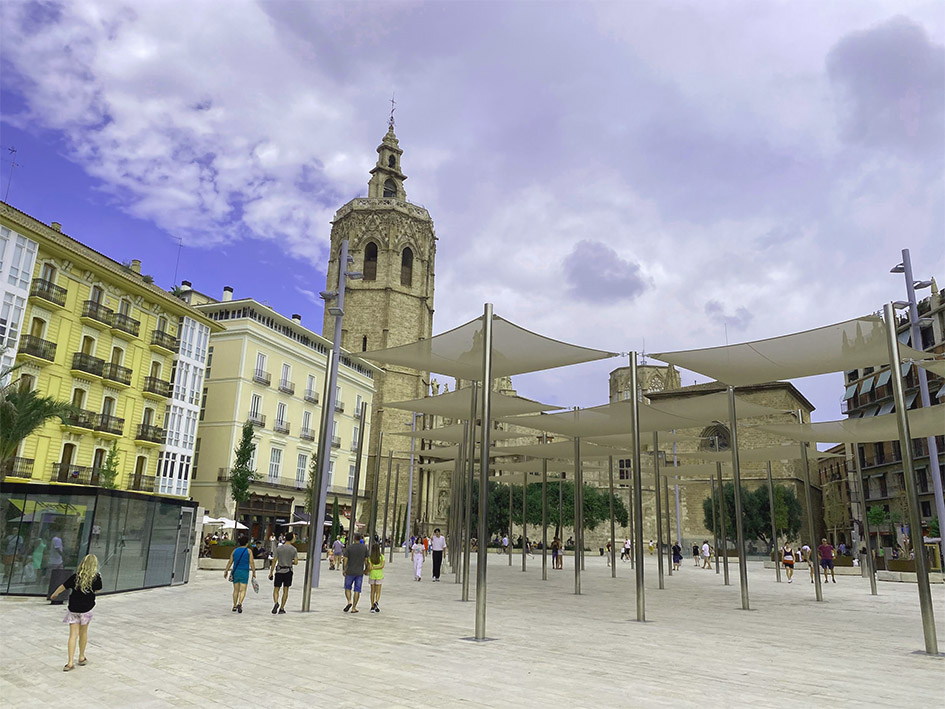 There is quite a big difference between living in Valencia and visiting. This might not seem obvious to many, but there is certainly a lot to consider and it is essential for someone contemplating either to make the correct decision for them.

Living in Valencia versus visiting as a tourist

As someone who has been living in Valencia, (Seville and Malaga prior) for a few years now, and continues to love it, I do get a kick out of hearing the various reasons why people shun it after a few days, and l am talking specifically about people in the research phase of their next place to call home. Some of the reasons l hear are:

Valencia is quite boring after a few days.

This is probably one of the most frequently said things by people. Most of the time, these people have just come from Barcelona where they spent a wonderful week mingling about and doing all the touristy things to do in the city.

For some reason, the visits usually go like this, Barcelona, then on to Madrid, and finally Valencia the third or fourth week. The excitement felt the first few days of their trip when everything was so new would by then, have transformed into boredom, tiredness, and irritability by the time they get to Valencia.

That influences one’s thinking for sure. Spanish food is now boring, tapas, tapas, everywhere. They associate all that with Valencia since it was the last place they visited. They just want to get back home. Understandable of course.

Comparing that week to the few days or the week spent in say Madrid, the city, in turn, seems quite dull in their minds. The exciting time they had in that city, going out, eating, clubbing, etc. but are now too jaded or tired to do.

My response is that when one lives in the city, after a while, you have to do routine things. Your whole day is not going to be spent meandering about town, sketchbook in hand, or being at the beach 24 hours a day, even in Barcelona.

Sooner or later, real life gives you a kick in the butt, and you get to do such exciting things as laundry, taking the bus, grocery shopping, you know, everyday things like that. It’s sort of like getting a new car, you are so excited the first month or so, and swear to keep that new car smell and look.

Two months later, you wash it every other week, then every month, then you start eating inside the car, and it eventually becomes just like the previous car you had before. Life is not going to be always exciting. Chances are, if it had been like that for you at your previous home, you wouldn’t have left.

English is not widely spoken in Valencia.

Duh! I hate to tell you this buddy, but you are in Spain! Admittedly, you could get away with just English in Barcelona or Madrid (not Seville though, l lived there for two years…and it’s almost impossible), but what is the point?

Why not make the effort to learn the language so you can make your assimilation a bit easier? Why would you insist that the place has to bend your way rather than the opposite? I mentioned needing to learn Spanish in a previous post. It only serves to make your daily life easier.

This might be an okay excuse for a visitor (one can’t expect them to learn a new language just to visit for a few days). For everyone else, it’s hard to have empathy. I know how hard it is, and l am still struggling and can’t wait for school to start so l can learn even more. I will never be fluent, but l sure as heck gonna give it a good go.

That should be the attitude of someone who wants to live here. Living in Valencia means you adjust, because for sure, the people are not going to learn English, and they shouldn’t. Coming with that attitude even before moving kind of dooms you.

The beaches are not that sexy.

Say what? What makes for an exciting beach l ask you? The city has miles of sandy beaches close to it, just like in other big cities. I am guessing what makes a beach sexy is scantily dressed men and women.

Venice beach in L.A. for instance is considered sexy, thanks to movies and television shows, such as Baywatch. As someone who lived in that city for 20 years, I can assure you that are way more homeless people than naked ones. I don’t know about you, but most people l know go to the beach to swim, relax and drink.

If a sexy beach is a priority (and it might be to some), you should probably be researching a place like Rio de Janeiro or similar. It is going to be hard to fulfill your wishlist, and you should go for one that is as close to it as possible.

The buildings are ugly as sin.

Okay, I’ll give you that one :-). Outside of the city center and old town, you have these monstrous-looking ugly buildings that look like the “projects” in America (and l live in one of them), all red bricks and concrete.

You know what though? A building doesn’t have to be beautiful, functionality and comfort are good. I think you’ll find that this is true of a lot of cities in Europe. The city centers are gorgeous and are centuries old, but they give way to a massive influx and need to cater to the city dwellers therefore, apartment buildings are constructed to fit more people.

You can most certainly live in one of those gorgeous period pieces if you can afford it, and limit your exposure to the ugliness :-). Those buildings are usually higher priced rent-wise, not just because of the building itself, but also for the areas they are located in.

Your priorities when considering living in Valencia:

I think it is a priority when looking to move abroad that you do your due diligence. You need to research, do more research, and chat with others who are in the area you are considering. Not having all your facts can lead to a miserable new life.

It is also important to realize that no matter where you end up, visiting as a tourist is entirely different than living there. When that reality hits you, it can be with a brutal force. You need to temper your expectations.

The best advice l can offer is to do a trial run for a long period of time if you can. That way, you can get a better feel of the place. If this is not possible, make a list of what you can and can not live with and narrow down your choices.

Valencia may not be an “exciting” place to visit, especially for younger people, but it’s a great place to live as evidenced by the growing number of people choosing to make it their home.

I think in this regard, it will not become like Barcelona, or Madrid for instance which is perceived as both an exciting place to visit and to live (but makes you wonder why there are so many people moving from there to here which is what l am seeing in the FB groups).

Of course, this misconception in these cities has resulted in higher prices of consumer goods, entertainment costs, and of course, much higher rental and sales prices of apartments. This can often put a damper on the whole lower cost of living reason in the big picture.

It is almost impossible not to build a perfect picture in your mind when considering places to move to. I think we’ve all done it. It is, however extremely important for you to have the flexibility and realize that nothing is ever what it seems. Consider your finances, your outlook on life, the cost of living, the weather, and a whole lot of other things.

Valencia offers a low cost of living (compared to other big European cities, and definitely to a whole lot of cities in America), has mostly great weather (but wtf happened this year???), and tons of things to do (if you want), outdoor activities and history, not to mention Fallas and more.

For people who choose to live here, it is more than enough. I’ll even go as far as to say that we find it sexy :-). When one wants more, one simply take a train from Valencia to Madrid or Barcelona or Malaga, etc. and gets one’s fill. Bring some sexy back even, if you’re so inclined :-).

When talking with people wanting to move here, I always ask what they are searching for in particular, and a lot of people honestly have no idea save for the vision of “excitement” 24 hours a day.

Moving to another part of the world does not mean that things will change that drastically. You don’t suddenly become an extrovert for instance if you’re an introvert. You will have to seek out new things, new places, and new friends. That is how it will be no matter where you go. That’s what makes it exciting.

The bottom line is that you need to figure out your end game, a nice visit or actually living in Valencia and considering it your home. You have nothing to lose, and everything to gain for sure.

As someone who considers herself an experimental ex-pat immigrant, I have no shame in admitting that prior places did not suit me (Malta, as well as the other two Spanish cities mentioned prior).

I found my groove in Valencia. That’s the beauty of immigration and having the choice, and balls to move on. It is not a failure, but rather an experiment. For sure, not everyone is going to be excited about the thought of living in Valencia, but the fact remains that overall, it’s a great move for most people.

Do you have any other advice for people who are considering making a change?